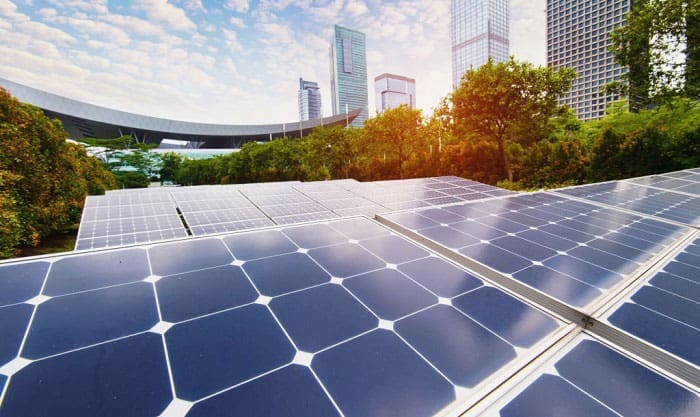 If you noticed, some types of solar panels are blue, while some are black. The color of solar panels depends on the manner in which light merges with their two distinct forms, known as monocrystalline and polycrystalline.

Let’s tackle more about blue panels in this post.

It’s not actually a matter of color preference when it comes to the diverse forms of solar panels. Instead, it is about the quality and the process of engineering black and blue solar panels cells that make them appear a bit distinct from each other.

What are blue solar panels?

The process involves melting the silicon crystals and pouring them into the vat. Then, you cool the mixture to produce polycrystalline silicon cells. The individual silicon crystals create unique edges and grains on the blue solar cells.

What’s more, the manner that polycrystalline solar panels reflect light, coupled with the anti-reflective coating that is used on them, provide these solar cells with a glimmering and bluish appearance.

What are black solar panels?

Also known as monocrystalline panels, black solar panels appear black to our eyes. Such black panels are engineered using one silicon crystal. The silicon used for the black panels comes with a more superior purity level than the one utilized for blue ones.

Black solar panels utilize monocrystalline solar cells that are engineered employing what is called the czochralski process. This method utilizes a silicon crystal seed that is positioned in a vat or vessel of molten silicon.

The process starts by gradually drawing out the silicon crystal seed from the melted silicon, creating a block of solid crystal silicon. Afterward, the silicon block is delicately shaped into silicon squares utilized as solar cells to generate energy.

Fundamentally, while blue and black solar panels are manufactured nearly the same way, light merges with monocrystalline solar cells more than it does with polycrystalline cells. Such a condition causes a monocrystalline panel to have a uniform look that appears black to our eyes.

Additionally, a considerable amount of pure silicon is put to waste when solar manufacturers produce monocrystalline cells. This is because the four edges of silicon squares are slashed off to get the pattern of the cells correctly.

Should you wish to dig up more info on why solar panels are blue in color, you may consider reading this page: https://www.thesolarnerd.com/blog/why-are-solar-panels-blue/.

What are the Benefits of Utilizing Polycrystalline Solar Cells? 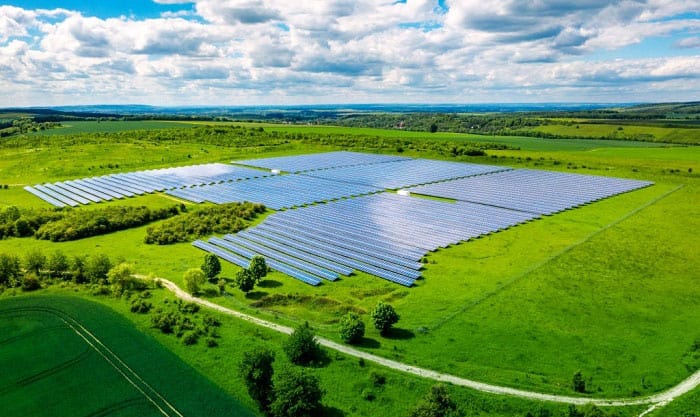 Hence, the cost of blue solar panels is slightly lower, at a minimum of $3 per wattage. This price range is reasonable for homeowners or buyers with small and medium-sized roofs. Plus, since blue panels are utilized more commonly, they are easier and quicker to repair. Read more other types of solar panels in black and blue. Such as the top-rated marine solar panels and the trusted foldable solar panels.

Due to the silicon material utilized to manufacture blue solar panels, they execute a great job in terms of absorbing light.

Aesthetically appealing to the eyes

Many people find polycrystalline panels more attractive than monocrystalline solar panels. Hence, many homeowners prefer to install them on their roofs.

So, if you are concerned about your carbon footprint, this is something worth considering as it is a more eco-friendly option.

What are the Drawbacks of Blue Solar Panels?

A polycrystalline solar panel can be damaged by bulky items when it is windy outside, making them slightly delicate.

The distinctions between black vs blue panels are way beyond their aesthetic appeal and color. In reality, the color of a solar panel specifies the grade of silicon it is engineered of.

You might want to check out this quick summary to pick the suitable solar panel system choice for your home:

As a whole, regardless of which type of solar panel you pick for your solar project, installing solar panels to produce electricity for your household is a worthwhile and practical decision. Undoubtedly, using solar energy can help you delight in the following:

Meanwhile, you might also want to check out this informative video to learn more about the difference between black and blue panels:

What are the Other Factors that Influence the Appearance of Solar Panels?

The primary factors that affect the overall look of a solar panel include:

This factor is another thing that causes reflection to drop. By making the surface of a panel rough, you can expect that it will reflect less light. Additionally, this could have an impact on the color of the solar cell.

The solar cell works by captivating specific light frequencies and using that energy to move electrons. Due to this, you’d prefer a solar cell to obtain as much light as probable.

Please note that even a solar cell that appears black reflects some of the light away. Hence, to minimize this reflection, you need to use anti-reflective coatings.

If you’ve encountered windows or eyeglasses with anti-reflective coatings, you might have observed that these coatings could cause the glass to have a slight tint. This is because not all wavelengths of light are influenced the same way by the coating.

Aside from this, the use of AR coatings on solar cells could impact the cell’s color.

Lastly, the thickness of the AR coating will also have an impact on the color.

What are Colored Solar Panels?

It’s probable for traditional silicon solar panels to come in any color. A few firms in the solar market making these panels include Colored Solar and Kameleon Solar. Various technologies are utilized to obtain distinct colors, such as dyeing the glass covering and special surface coatings.

For instance, the distinct colors in the cells can be obtained merely by adjusting the thickness of the anti-reflective coating. While there isn’t a massive market for this kind of product yet, if you have a colored metal roof, this solar system option can be an appealing alternative for you.

It’s likely that you have seen the attractive blue polycrystalline solar panels covering some rooftops. But why are solar panels blue?

Many consumers prefer a polycrystalline cell because: it’s

To conclude, installing panels (either black or blue) will tremendously minimize your utility bills.

As the founder of the Avasolar team, I aspire to solve the problems for households in selecting, installing, and utilizing solar mechanical devices.