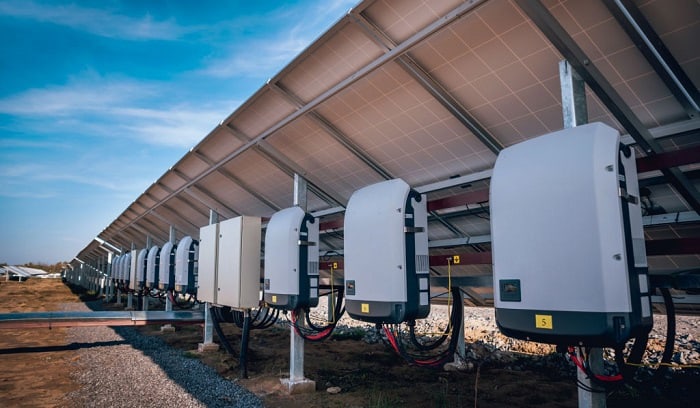 Are you well aware of how the different components of a solar energy system work? Solar systems come with a solar inverter, PV panels, battery, and a rack to keep all the parts in place.

Let’s talk more about what is a solar inverter. A solar inverter is a precious component of the solar energy system. Its primary purpose is to transform the DC current that the panels generate into a 240-volt AC current that powers most of the devices in your place.

Let’s go through the rest of this article and discover more about solar inverters, their functions, and their importance.

A solar inverter does a great job of absorbing variable DC output from the panels and converts this current into a 120 or 240-volt AC output. The purpose of inverter is to replace the DC output that is accumulated by the solar panels. Please note that the different devices or appliances at your place operate on AC, not DC.

How Does an Inverter Function 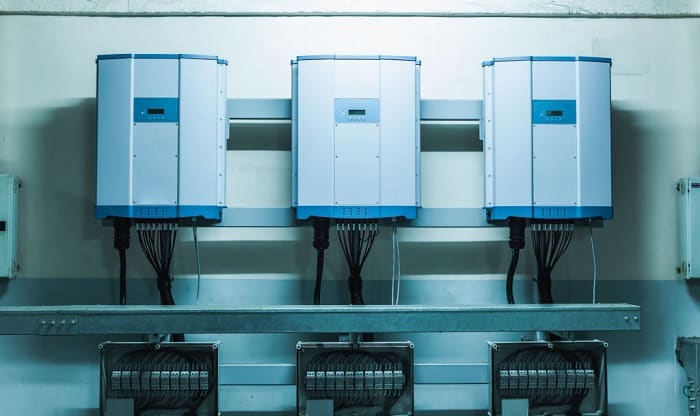 Technically speaking, this is how the inverter works: the sun shines down on your PV cells or panels. Solar panels are manufactured with semiconductor layers of gallium arsenide or crystalline silicon. Such layers are a combination of negative and positive layers that are linked by a junction.

When the sun shines, these layers take in the sun’s rays and transmit the energy to the photovoltaic cells. The energy runs all over and hits electrons loose, and they maneuver between the negative and positive layers, generating direct current. Finally, the moment this energy is generated, it’s either kept in the battery for future consumption or transmitted directly to the solar inverter.

In other words, an inverter deludes the transformer into thinking that the direct current is alternating current by urging it to act in a manner like an alternating current. In addition, the solar inverter runs the direct current via two or more transistors that switch on and off quickly. Afterward, the transistors supply the different sides of the transformer.

Fundamentally, the inverter is a practical piece of equipment that functions steadily throughout the lifespan of your solar power system. In general, a solar energy inverter comes with an approximately 10-year warranty program.

To understand better how a solar inverter works, you might want to check out this informative and exciting video

What Are the Different Types of Solar Inverters

There are five distinct types of solar inverters, and each of them comes with different perks.

This type of solar inverter is enormous and utilized for systems that call for megawatts or hundreds of kilowatts of volume. It is not designed for residences and looks like a huge metal cabinet; each cabinet is tough enough to manage roughly 500 kilowatts of power. Central inverters are usually utilized commercially for utility-scale solar farms and large-scale installations.

This model is the most typical inverter alternative that you could use for homes. In general, there’s one string inverter per solar setup.

Its name is derived from the fact that a string of solar panels is attached to it.

This one is the most outstanding choice if you need to fit a battery in your solar panel system. Also, it’s ideal if you prefer to keep the battery separate from the panels and run via a different inverter. Wherever possible, this inverter type transforms the battery power into 230 AC and sends it into the switchboard.

This type of inverter is as tiny as the size of a book. The solar panel to microinverter ratio is 1:1. Compared to other types of solar inverters, this version is adept at maximizing each solar panel individually.

The best thing about it is that it can supply more energy in overcast conditions.

This option lets you attach the batteries to your solar panel system. Hybrid inverters interact with the linked batteries via direct current coupling. DC coupling occurs when the batteries and solar utilize a single inverter and the direct current from the panels charges the batteries through the DC charger. In line with this, multimode inverter electronics arrange the discharging and charging of your battery.

The Cost of Solar DC Inverters 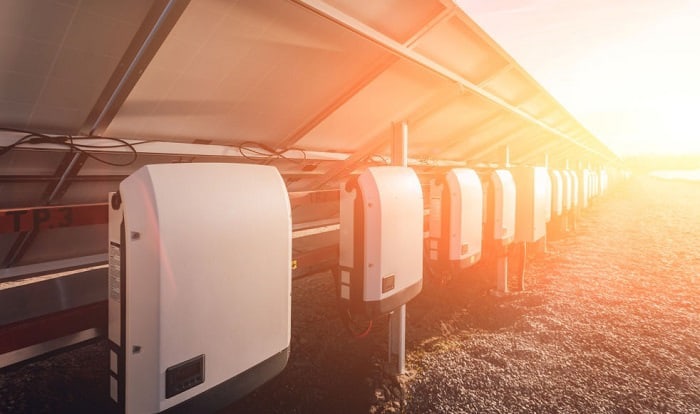 Anyhow, you can encounter standalone inverters online; nonetheless, the price range can be between $1,500 and $20,000. They are pretty costly because there’s plenty of cost factors involved, including the following:

1. The location where you buy the equipment.

The price will likely change depending on where you buy the inverter because of the product’s availability, shipping cost, and taxes.

Primarily, since several solar firms incorporate the expense of the inverter in the overall expense of the solar power system, your buying options would be limited to third-party retailers.

2. The form of solar agreement you have chosen

Essentially, your solar agreement will govern how you pay for your solar system. Furthermore, it is founded on the agreement options in your region.

3. The size of your solar power system

Typically, the bigger the solar energy system you have, the better your inverter’s performance will need to be. Please remember that if you prefer equipment that could last for years, you should be careful about the cost without compromising quality.

4. Any exclusive features specific to your region

If you suspect that your solar inverter is having a problem, see if it has a green or red light. Most inverters will show a solid green light when they’re functioning correctly and generating energy during the daytime.

On the other hand, they will display a red light when they’re in a sleep mode at nighttime. So, once you notice that the inverter displays a solid red light during daylight, this means that there might be something wrong.

Check the solar inverter’s user guide to figure out the specific error code. If you think you can’t repair it yourself, consider contacting a professional to work on the repairs needed. We strongly suggest that you select a trusted installation firm to fit or inspect your solar inverter.

Why Are Solar Inverters Significant Components of Solar Power Systems

Every home and commercial property has different solar requirements. An excellent means to work out what type of solar inverter you require is to compute the amount of power you’d typically need.

It’s worth noting that photovoltaic inverters are regarded as the brains of solar power systems. Thus, without them, the entire solar energy system cannot function as expected.

The primary functions of solar inverters include:

In a nutshell, a solar inverter functions as an intermediary, and without it, the energy accumulated by solar panels would be useless. It works by transforming the energy produced by the solar panels into utilizable electricity. This energy is then used to power your home or workplace.

Hopefully, we have answered your question: what is a solar inverter? Again, we’d like to remind you about the potential factors affecting the cost of solar inverters: