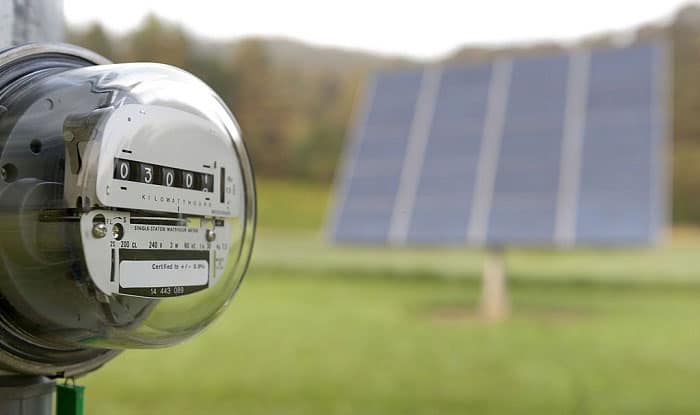 Determining how to read a solar meter is undoubtedly a practical approach to monitoring your energy consumption. Indeed, the solar meter reading records how your solar PV system works.

How Do You Read Solar Panel Meter?

As previously mentioned, when you read meter solar energy stats, you’ll come across an alternate between the positive and negative figures indicated on the solar meter display.

Note that the positive number on the solar meter display refers to the amount of energy you have got from the grid. This figure is what’s indicated in a standard electricity meter without solar power.

Suppose the positive amount is less than the negative amount. In this case, we can assert that a household has transported more energy than it has bought. Hence, the homeowner can take advantage of more refunds from the electricity provider.

Would you like to see a video explaining how to read a smart meter with solar panels? If so, you might find this video informative:

What Are Solar Meters?

Also known as bi-directional devices, solar meters are purposely for gauging the energy your household sends out to the grid. It’s critical to upgrade to a smart meter if you happen to have an old-fashioned accumulation meter.

Once you have a smart meter set up, the next thing you need to ensure is to have it configured to gauge the power you transport. A properly installed solar power meter allows homeowners to acquire credits with a feed-in tariff to minimize their electricity expenses significantly.

How Does a Solar Power Meter Execute Its Function? 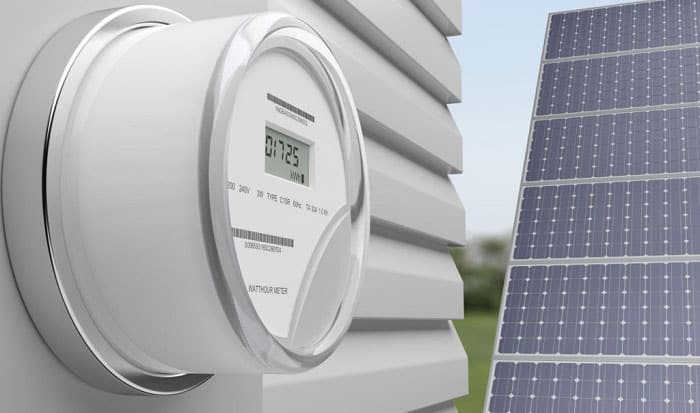 Conventional power meters have limited functions as they could only measure the energy from the grid into your home. What differentiates them from solar power meters is that the latter can also gauge the power that your household transports to the grid.

Typically, solar power systems acquire the highest power generation in afternoons. This is the period when consumers are out for work and when appliances or lights are not in use. On the other hand, home electricity consumption is usually higher in the mornings and night time.

Primarily, solar meters are a better option because they can determine the highs and lows in a homeowner’s daily power generation and consumption.

With bi-directional devices like solar meters, excess power is sent into the electric grid when the solar system generates above and beyond what’s required.

When your solar PV system generates more power than consumed for a month, you can acquire credits based on the amount of power rendered to the grid.

When you decide to go solar, having a solar meter installed at home can tremendously help you minimize your expenses on electricity. However, keep in mind that it’s vital to learn how to read a solar meter to monitor your electricity usage.

As stated above, knowing how to read solar inverter meter is advantageous. These are the advantages you can enjoy with solar meters: