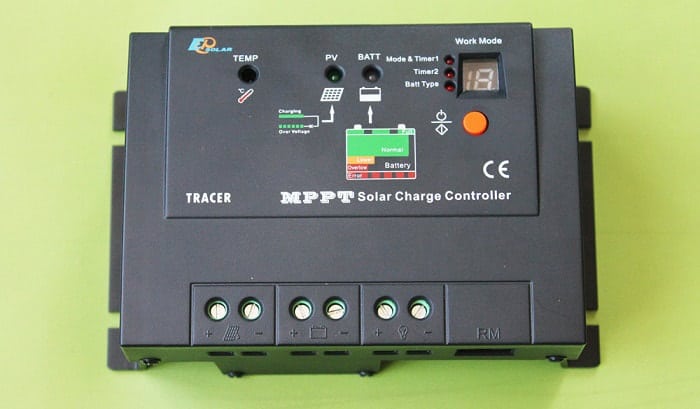 When you decide to go solar, you need to learn about solar systems. One of the valuable factors you should uncover is how to size MPPT solar charge controller.

We’ll tackle more about solar charge controllers in this post, so let’s get the ball rolling! 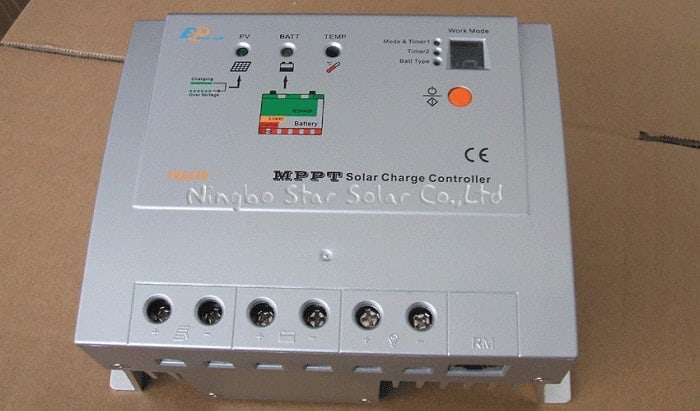 Definitely, yes! Solar charge regulators serve a critical role because they obstruct extreme overcharge of batteries within a battery-based power system. Compared to other generators, solar panel systems can be open-circuited or short-circuited without causing deterioration.

Charge regulators cut off the charge at a pre-set high voltage. Moreover, as the pre-set low voltage is obtained, controllers shut the circuit and enable continuous charging.

Fundamentally, solar charge regulators are tools that go between the batteries and the solar array. Such controllers are sized to the systems they shield by the short circuit array current and with watts suited to the battery voltage. The most typical voltages include 48, 24, and 12 volts.

Due to the so-called edge of cloud effect and cold temperatures, an intermittent increase in current levels isn’t unusual. This is why it matters to increase the size of your solar charge regulator’s amperage by a minimum of 25% of the maximum solar array current.

You may utilize the MPPT charge controller calculator to size the correct regulator for your battery-based system precisely.

How Do Solar Charge Controllers Work

Generally speaking, a charge current traverses a semiconductor that works like a valve to regulate the current. Solar charge regulators also keep the batteries from being overcharged by minimizing the energy flow to the battery by the time it reaches a particular voltage.

As you might already know, overcharging can be severely detrimental to the battery. This is why charge regulators are particularly critical devices. Further, they offer other valuable functions, such as obstruction of reverse currents, low voltage disconnects, and, lastly, overload protection.

Solar panels supply current through the battery in a single direction. At sunset, solar panels typically transfer some of that current in a reverse direction. This could bring about a slight discharge from your battery.

Solar charge regulators impede this from taking place by serving as a valve.

This one functions as a disconnect of non-crucial loads from the battery when the voltage drops below a designated threshold. The connection to the battery is restored automatically when it’s being charged. As a result, you can inhibit over-discharge.

Solar charge regulators offer a very substantial overload protection function. Did you know that if the current flowing into the battery is greater than what the circuit could handle, your system might overload?

As a result, fires or overheating are likely to take place. Solar charge regulators block overload occurrences. Double safety protection with circuit fuses or breakers is an excellent option for larger systems.

What About Solar Charge Controller Sizing 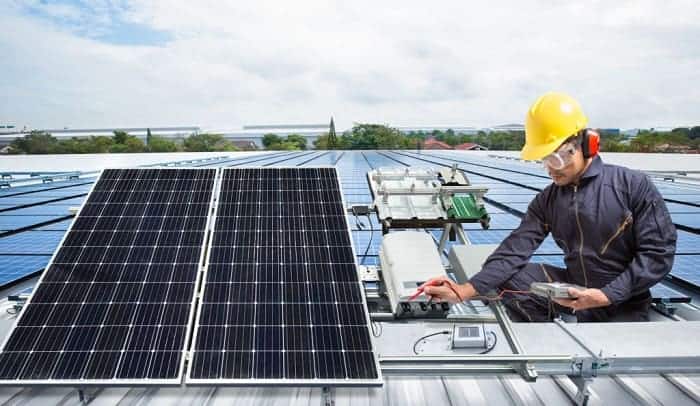 If you’re wondering how to size solar charge regulators, you can be worry-free because sizing these devices is pretty straightforward. In general, PV charge regulators are sized and graded based on the amps and the voltage of your solar system.

Essentially, the most typical PV charge regulators come in 48, 24, and 12 volts. As for amps rating, these could be between 1 up to 60 amps; on the other hand, it’s six up to sixty volts for voltage ratings.

If the volts of your solar system were twelve and your amps were fourteen, then you would require a solar charge regulator that came with a minimum of 14 amps.

You also have to consider an extra 25% due to factors like an intermittent rise in current levels and light reflection. This would bring the minimum amps that your PV charge regulator must possess to 17.5 amps.

Thus, you will require a 20 amp, 12-volt charge regulator (this is already rounded up). Keep in mind that choosing a charge regulator with higher amps is better, specifically if you intend to augment the size of your solar power system in the future.

Maximum Power Point Tracking (MPPT) is utilized when the voltage of your solar array is greater compared to your battery bank’s voltage. This type of charge regulator works exceptionally with panels designed with unusual voltage ratings — for example, a rating of 56 Volts.

Your MPPT solar charge regulator will efficiently and automatically transform the greater voltage to the lower voltage when it discerns a voltage difference. This way, your battery bank, solar panels, and PV charge regulator can be the same in terms of voltage.

Let’s say you have a 900W solar array that comes with 48V. Then, there’s 24 V for your battery bank. To figure out the amps your PV charge regulator requires, you need to divide the watts by the lower of the two volts.

It goes like this: watts divided by volts is equal to amps.

900 Watts divided by 24 Volts equals 37.5 amps. As aforementioned, you’ll need to factor in an additional twenty-five percent for unforeseen current rises and light reflection, etc. Hence, once that factor is considered, you’ll get 46.87 amps (round this up to 50 amps).

You might also want to watch this video about comparing + sizing MPPT versus PWM solar charge controllers:

What is the PV Charge Regulator’s Upper Voltage Limit

It’s worth mentioning that all types of solar charge regulators come with an upper voltage limit. This pertains to the optimal amount of volt they could manage from the solar array.

You should ensure that you’re well aware of what the upper voltage limit is. Additionally, you must not go beyond it; otherwise, you’ll end up damaging your solar charge regulator.

Note that before buying your solar charge controller, you should consider the following:

As mentioned, larger-sized charge regulators are more excellent choices, specifically if you plan to increase the size of your solar power system in the future.