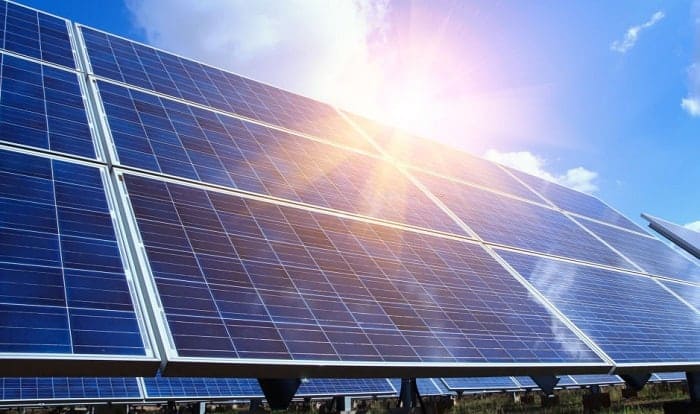 By their nature, solar systems need to tolerate high temperatures. You position them in a location to capture more sunlight, which makes them exposed to an ample amount of heat. But, how hot do solar panels get?

Solar panel temperature can get as hot as 149-degrees Fahrenheit (65-degree Celsius), at which point solar cell efficiency drops. Take note that install factors such as how the panels are set up on the roof can affect the usual heat of your solar panel system.

In this post, we’ll tackle more about solar technology, solar panels, and how temperature affects their maximum efficiency. 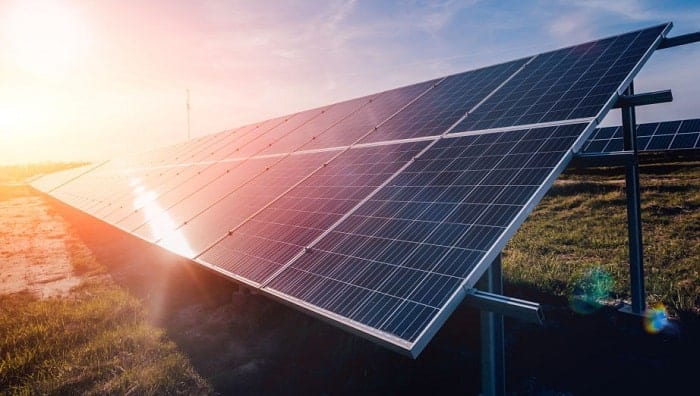 Definitely, yes! A solar system installed gets hotter as it is exposed to extreme sun and warmer temperatures or climates. It captures sunlight and uses it to generate electricity. Nonetheless, not all of the energy coming from the sun that’s captured would be converted into power output.

Instead, some of the captured sun’s energy will be transformed into heat, and as an outcome, the solar panels’ temperature rises. Please note that a high ambient temperature can minimize energy generation. Even so, tests for solar panels subject them to temperatures that range between -40-degrees F and 185-degrees F.

Most solar panel models are made of silicon photovoltaic cells that are shielded by a sheet of glass and commonly held together with a rigid metal framework. This material is similar to the type of materials used to construct windows or the frame of a vehicle.

To understand how hot solar panel systems can get, imagine a vehicle that’s parked in a broad and open parking lot on a sunny day, where the temperature is scorching. The framework and windows will be hot when you touch them; however, there’s a minor hazard of fire or burns.

In addition to this, the actual temperature of your panel systems at a given period differs remarkably. This will primarily rely on how near you are to the equator, air temperature, roof tiles material, and level of direct sunlight.

Evidently, solar panels get hot because they are designed to be exposed to direct sunlight. But, if they’re made to transform the sun’s energy into electricity, then what’s the reason why some of the vital energy is wasted on making the solar panels hot?

The sun dispenses its light energy at several distinct wavelengths. Furthermore, solar panels could merely capture a certain amount of those wavelengths. Fundamentally, some of that heat energy that a solar cell couldn’t capture causes the solar panels to get hot.

The Working Principle of Solar Cells

The photons coming from the sun’s rays are captured into the junction that works to push out electrons in the silicon and form an electrical flow.

It’s worth noting that the PV cells that constitute a solar panel are made to respond to sunlight, not heat. Essentially, it’s this light energy that solar cells transform into electrical power. They do nothing with heat energy, so this causes the solar panel to get hot.

Moreover, a solar panel installation consists of other components and solar cells. The panel comes with a protective glass housing and a metal frame. Such solar panel components also get hot under direct sun exposure.

Does Heat Affect the Performance of Solar Panels 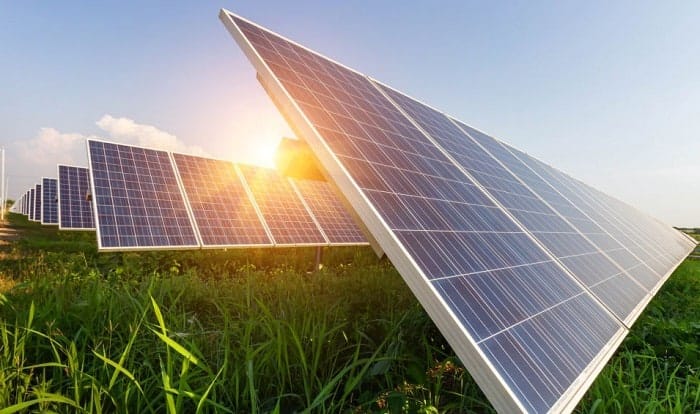 There’s no denying that solar panels are specifically built to withstand high temperatures. It is natural for them to get hot because you install them in a location where they freely absorb the sun’s heat.

Regardless, solar panels are most efficient at temperatures of up to 77-degrees F. A solar panel’s efficiency decreases when it gets hotter than this range. Please remember that different panels lose efficiency at different rates.

The good news is that the solar panel’s loss of efficiency is something that gets examined for each panel. As a result, it’s effortless to determine how much heat affects a particular solar panel. You can do this by checking the solar panel temperature coefficients.

Do Solar Panels Produce Extreme Heat? Will They Heat Up Households

It’s essential to know that solar panels are not designed to heat your home. In fact, they are helpful in slightly cooling your dwelling place. If you don’t have solar panels installed on your roof, the sunlight will directly hit your roof, which causes the interior of your house to get hotter.

If you have solar panels installed on your roof, you won’t have to worry about heating the interior of your home. This is because installing solar panels on your roof will capture the sunlight and transform some of that energy into electricity.

Additionally, if you install solar panels on your roof, they can increase your home’s total energy output and efficiency. This is because the solar panels impede the heat from escaping into cooler night temperatures, helping you save money on heating costs.

Meanwhile, it is also helpful to watch this video explaining if solar panels can make your house hotter

Keep in mind that the temperature coefficient rating does not need to be your primary concern when choosing solar panels. The solar panel performance won’t minimize to the extent where it generates significantly less energy that it becomes worthless.

If you’re after lifetime performance and quality, opting for a world-class brand of solar panel system is your most outstanding solar power option. Solar panels are essentially designed to endure sun exposure, so being exposed to higher temperatures is not a problem.

Hence, if you pick premium quality home solar panels, there’s no need to worry about the heat lessening your solar energy production. That said, to be sure, work with licensed solar installers to search for a suitable model that will work outstandingly for your solar PV system.

Are Heat-Resistant Solar Panels Pricier than other Available Options

Lower-temperature coefficient solar panel system models tend to lose less energy at higher temperatures. Such units are universally Tier 1 brand solar panels, so it’s not surprising to get them at a higher price tag.

These solar panel system models typically offer several perks, such as being smaller in size and ensuring better production of energy. Undoubtedly, there are other considerations to go through before making the final decision on whether you prefer to purchase an expensive or a low-priced solar panel model.

Which Efficiency Rating Offers the Most Excellent Results

Most solar panels may reach 22% efficiency or a bit more; other models generate a level between 15% and 20%. Indeed, there are experimental solar panel models that could even reach up to 40 percent efficiency.

Yes, there’s no doubt that peak efficiency is a valuable factor to consider. However, the price and amount of space you have available for the solar panel systems are also critical factors when deciding.

Solar panel manufacturers give their products an optimal temperature recommendation. Such temperature is commonly around 185-degrees Fahrenheit. In theory, you could destroy a solar panel if you operate it at temperatures beyond the maximum range or under extreme conditions.

However, it is unlikely for your solar panels to encounter this level of temperature under regular operation. Hence, it’s unnecessary to be concerned about heat damage to your solar panels.

How hot do solar panels get? You’ve learned that due to a solar panel’s exposure to direct sunlight, it could get pretty hot. However, since it is primarily designed for this condition, it’s unlikely to get destroyed in high temperatures.

Before you install solar panels on your roof, we’d like to remind you of the following points: